.NET Core is an open-source, managed framework that is maintained by Microsoft and the .NET community on GitHub and uses MIT and Apache licenses. Its cross-platform framework runs on Windows, macOS, and Linux operating systems and is compatible with the well-known .Net Framework, Xamarin and Mono via .NET Standard.

Exploiting Microsoft’s tendency to introduce frameworks that are based on .NET Core (such as ASP.NET Core), we create cross-platform, high-performance frameworks for building web applications and deploy these solutions to the cloud or on-premises. We host them using a range of different types of web servers such as Kestrel, IIS, Nginx and Apache. In addition, by using ASP.NET Core we are able to create REST based endpoints and use popular frameworks such as Angular, React or Vue where we need to provide a RESTful backend.

In a recent project we were asked to support a quoting system for Proprocure. ProProcure help businesses across the globe to simplify the way in which they buy and sell.

The solution P92 developed is to have a REST based endpoint that is on .NET Core, using Angular in the frontend and extending a popular ASP.NET Core based E-Commerce system called NopCommerce. The application uses an Entity Framework to handle database operations. To support Single Sign On, we use IdentityServer4 as an Identity Provider. 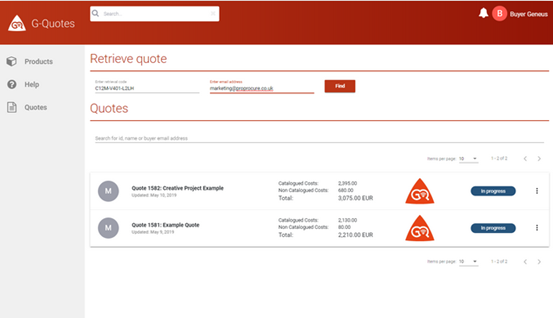